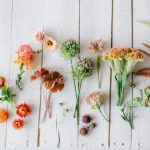 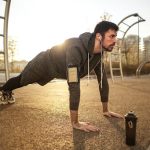 How To Find The Best Extraction Facial in Singapore 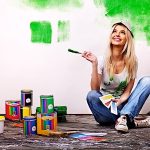 Home Improvements During the Health Contingency

What to do in Singapore 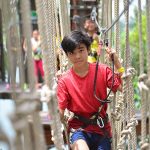 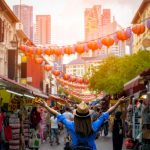 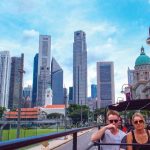 The history of Singapore

However, in many cases the proceedings will be so lengthy and costly (relative to the benefit that could be obtained) that they may not be worth pursuing. Does this mean that the informal lender would waive its right to collect the principal and interest owed to it? Not necessarily.

We will develop the issue below based on the main questions we have raised. First of all, for the purposes of this article, we refer to a lender as a person or company that grants loans informally, so that it includes both the “graduate who lends on the job” as well as finance companies or anyone who does financial intermediation without being regulated.

Who hears the cases?

These proceedings are heard in the civil and commercial jurisdiction of the debtor’s domicile, except when there is a contract in which the parties designate another competent judicial domicile.

What sentences could a judge issue against a debtor?

If the evidence against the debtor is compelling, the judge may sanction the debtor to pay the principal owed, compensatory and indemnifying interest and any other charges that have been established between the parties.

Could a defaulting debtor end up in jail?

In our judicial system there is no such thing as corporal constraint or imprisonment for debts,” says Contín.

Implement alternative methods to have guarantees that could lead the debtor to prison. One of the most common is the demand for a bad check. The lender makes the debtor open a checking account, request a checkbook and issue a bad check in his favor, for the value of the amount owed plus interest.

In case of late payments, the lender may initiate a legal case for issuing a bad check, with the possibility of imprisonment, such as correctional jail, for up to two years.

What powers does a promissory note grant to someone demanding payment of a debt?

Some lenders use notarial promissory notes to guarantee the return of their capital.

Garrigó states that these are enforceable instruments, i.e., they allow the affected person to recover its investment through a lien in the event of a default by the debtor.

Is this seizure executed strictly on the financed asset? Not necessarily. As Columna explains, “it all depends on the stipulations of the agreement, but, in principle, the attachment is executed on the universality of the debtor’s assets; this includes bank accounts, cars and even real estate”.

The notarial promissory note is one of the tools used by formal financial entities. For individuals, however, it can be costly and difficult to execute. This is why it is rarely used by more informal lenders or when the amounts involved in the conflict are smaller, according to Garrigó.

Are default lawsuits with lenders frequent?

“There are thousands of cases of lenders demanding their debts in court in court. It all depends on the type of lender we are talking about, the type of loan, and the legal and evidentiary support for the loan. We must take into account that, in a broad sense of the word, finance companies are also lenders, although they operate in a much more organized manner, since they provide their financing, mostly under legitimate documentation and under the protection of complementary legislation, for example, the Law of Conditional Sale of Movable Goods”, Columna explains.

Contín points out that they are common, especially when the credit is based on a written document.

Although these cases are common, it is known that solutions to conflicts executed outside the judicial system are also very frequent, including persecutions, threats and violent collections, in the most extreme cases.

These collection actions are recurrent when the amounts owed are so small that judicial submission no longer makes financial sense, when the debt is difficult to prove or when, for whatever reason, the affected party is not willing to incur the legal costs of the case.

Another irregular practice implemented by formal companies that finance the purchase of motor vehicles is the incorporation of GPS in these goods, in many cases without the debtor’s knowledge. This ensures that they can be located and recovered in case the debtor falls into arrears.

The beautiful days are coming. And with them, wedding receptions, communion, and baptism parties. In order to bring a unique and quality floral decoration, a shop in Singapore that offers arrangements and flower stands gives you tips and advice! Bridal bouquet, boutonniere, and original floral decorations for your wedding What would be a wedding party […]

Introduction: What Is Dieting? Dieting is the practice of eating food in a regulated and supervised fashion to decrease, maintain, or increase body weight. Dieting is often used in combination with physical exercise to lose weight in those who are overweight or obese. Some people follow a diet to gain weight, often called bulking.  There […]

How To Find The Best Extraction Facial in Singapore

If you are looking for a new, effective facial treatment that will help you look your best all year round, finding the best extraction facial from Singapore is the perfect choice. This type of facial removes impurities from the skin and pores by applying various techniques to extract them. In this blog post, you’ll learn […]